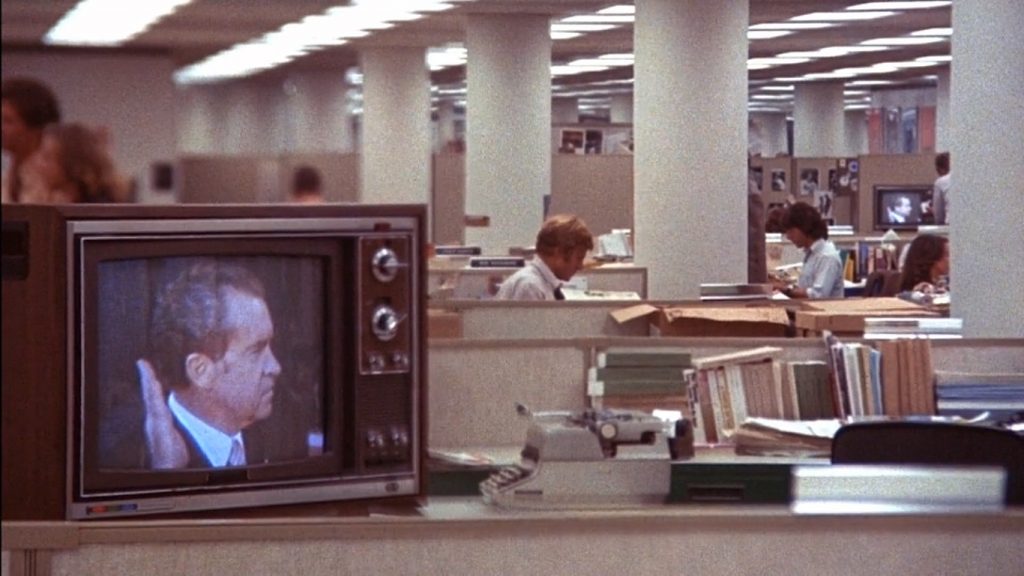 We welcome history major and film lover Taylor Anderson to the show to talk about the perennial and undeniably essential 1976 movie All the President’s Men. Of course, we recorded on the same day that a guilty plea and a conviction rocked the current president’s administration, so our conversation takes on a sudden urgency. The parallels are uncanny! But before we get to politics we discuss Robert Redford’s push to make the film, the historical accuracy of the script and set design, sound design and the mesmerizing shot construction. Let’s put our nose to the grindstone, shall we?

We’ve got a larger than usual set of shownotes, so we don’t want to bury this plug for Tommy Oler’s show Let’s Write an Episode…! If you love 90’s television, writing, performance or are even just a fan of humor in general you need to check this show out!

There’s a lot in the Vanity Fair article that we mention in the show, and a lot we don’t! It’s really a fascinating read. Also, this article from The Washingtonian is a must. Some of our corrections are based on facts from those articles, so consider this our citation.

It should also be noted that the library scene is indeed set in the real Library of Congress. They were begrudgingly given access to shoot in the Reading Room.

In the episode we suggest that it might be unusual for a movie to come out so quickly after historical events have transpired. EP Adam doesn’t agree and mentions that Zero Dark Thirty is an example – Osama bin Laden was killed in 2011 and the film was released in 2012!

Not familiar with the Bay of Pigs fiasco? A primer.

And the definition of “Burglary 2” for those of you who are really diving into the weeds while listening to this episode.

We may have at some point said that Nixon was impeached. He wasn’t. It was a foregone conclusion when he resigned however.  Andrew Johnson and Bill Clinton must be feeling pretty lonely (for now…)

BTW, Nixon’s approval ratings were still somehow at 24% when he resigned. Is 24% bottoming out…? And speaking of approval ratings, Robert Mueller’s jumped by 11 points… in a Fox News poll!

Towards the end of the show, Taylor confuses Michael Cohen’s guilty plea with Paul Manafort’s multiple convictions, though their roles/former jobs are correctly attributed. 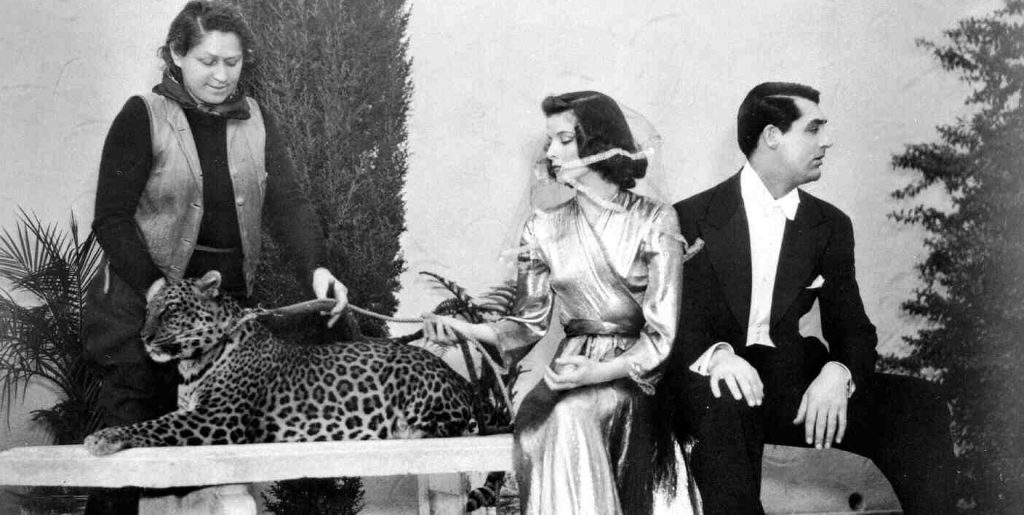 We’re reviewing another Cary Grant/Howard Hawks collaboration, 1938’s screwball comedy Bringing Up Baby, with our guest Lee from the podcast Faking Movies. It really is strange that this movie wasn’t a traditional box office success, what with Katharine Hepburn and TWO leopards! We talk about the tightly packed script, wacky characters, and crippling production delays. And just like Cary Grant, we eventually just give ourselves over to the craziness! Join us, will you?

If you like this episode, listen to when we discussed His Girl Friday!

So how is Katharine Hepburn stealing all those cars? Here’s a primer for you! (TL;DR, there is a dashboard-mounted starter button!)

We all speculate a bit about why this movie under-performed at the box office and wondered why the poor and middle class would want to watch a bunch of rich folk be silly. We suggested the reasons may be aspirational, or the need for pure escapism. That bears out a bit, as there is a long tradition of Depression-era comedies about the well-to-do. Evidence: the highest grossing film of 1938 was You Can’t Take It With You.

What better way to celebrate a boys’ weekend than with Georges Méliès’ 1902 work A Trip to the Moon? Jessica couldn’t make it this week, but we’ve got Executive Producer Adam Gobeski in the co-host chair with TWO returning guests, Doug Gobeski and Paul Wilcox! We talk about the history of cinema, the innumerable soundtracks available for the film and why Thomas Edison is kind of a jerk. Paul comes to the startling conclusion that maybe we’re not smarter than people from the early 20th century… END_OF_DOCUMENT_TOKEN_TO_BE_REPLACED

Charlie, Jessica and Adam alternate between high emotion and utter confusion while reviewing the 1980 David Lynch film The Elephant Man with return guest Brianne Gobeski. We discuss what material the movie is based on (and NOT based on), Mel Brooks’ contribution, and how it compares to the stage play. We all agree that acting and sound design are strengths of the film, but what about the dream/otherworldly sequences? You’d better believe we spend a while talking about the intro and finale, the style of which is much more “the rule” for David Lynch than “the exception”. END_OF_DOCUMENT_TOKEN_TO_BE_REPLACED

Author and cinephile Amber Elby is back to discuss the 1993 indie film What’s Eating Gilbert Grape, and she records live from the same town it was filmed in! We dive right into the appropriateness of Leonardo DiCaprio’s performance and Johnny Depp’s inappropriate hair. Is this a film that would have been made today? Or would it have taken a completely different approach? And WATCH OUT FOR THE SYMBOLISM, IT’S COMING RIGHT AT YOU!!! END_OF_DOCUMENT_TOKEN_TO_BE_REPLACED 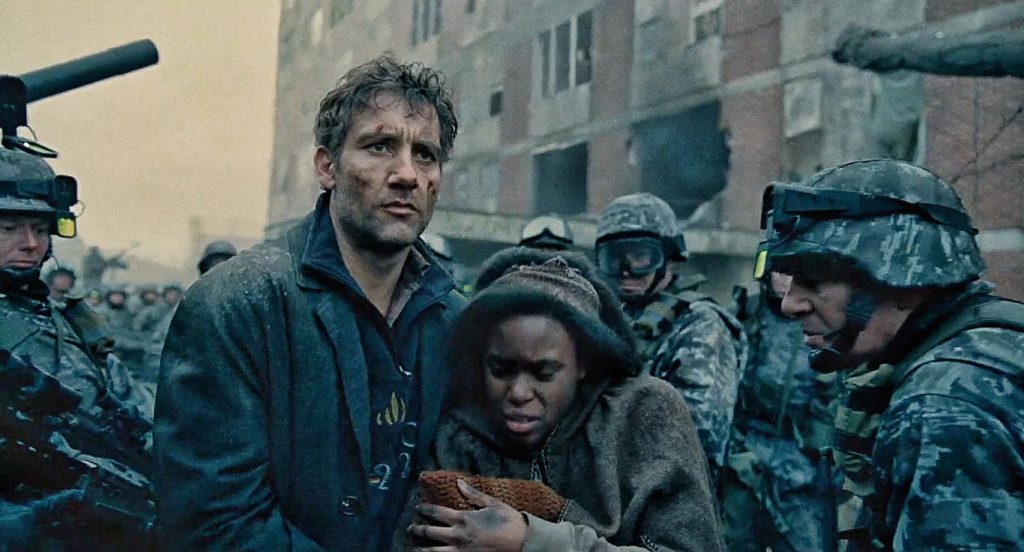 We come off a Die Hard high by watching the equally exciting but exceedingly dark 2006 film Children of Men with return guest Patrick Hill. We contemplate what defines a “dystopian” movie and name some of our favorites. Then, we marvel over the masterful long-takes but probably spend too much time talking about animals. And does the movie have a hopeful ending, or does it reveal more about the viewer than the characters? END_OF_DOCUMENT_TOKEN_TO_BE_REPLACED

Somehow we have managed to make it to episode 30 without discussing a pure action film, but this week we’re doing so in style by reviewing Die Hard with our returning guest Megan Heneke! We appreciate John McClane’s All-American charm, except for Charlie who seems to be in Hans Gruber’s corner. Did Gruber come up with the (almost) perfect plan? And speaking of perfect, is this the best action screenplay of all time? And most importantly, we weigh in on the eternal “is it a Christmas movie” debate. END_OF_DOCUMENT_TOKEN_TO_BE_REPLACED

We remain perplexed by the 1965 French New Wave film Alphaville but manage to make some sense of it with our Executive Producer Adam Gobeski. We find out that Jessica is much less likely to be executed in this dystopian sci-fi universe. And what amazing executions those are! We touch on what Jean-Luc Godard really intended for the viewer to feel while watching this bizarre film, and we attempt to answer some of the riddles contained within! Time is a circle – but what KIND of circle is it?! END_OF_DOCUMENT_TOKEN_TO_BE_REPLACED

Bryan from The SilverScreen Redemption podcast talks with Charlie about why he originally missed out on the 2010 David Fincher film The Social Network. We discuss Mark Zuckerberg’s real personality vs how he’s portrayed in the film. Is he really an asshole, or is he just trying really hard to be one? And Bryan can’t help but pitch a ripped-from-the-headlines sequel which sounds genuinely intriguing. END_OF_DOCUMENT_TOKEN_TO_BE_REPLACED 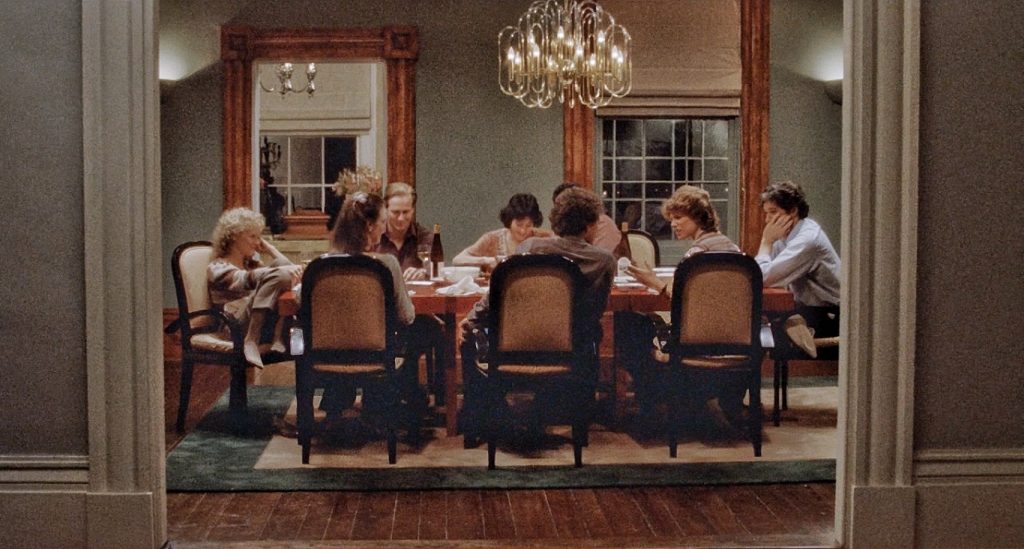 We sit down and get all teary-eyed with Dan Hess and review the movie that spawned a Baby Boomer nostalgia revolution, 1983’s The Big Chill. We talk about that High Fidelity quote that causes Millennials like us to go into this movie blind. And the world has come a long way with regards to surrogacy, but we struggle to get into the free-love spirit. Is it just a case respectful relationship between three friends? Jessica and Dan have some strong thoughts. END_OF_DOCUMENT_TOKEN_TO_BE_REPLACED

This error message is only visible to WordPress admins

Please go to the Instagram Feed settings page to create a feed.